3 Behaviors That Are Stunting Your Leadership Performance: What to Do

Most of us strive to be leaders, but we’re all just normal human beings, first and foremost. We all have an ego that is conditioned to respond to situations as we do. These are our habits, tendencies, and default ways of being, working and relating. We also all have a higher Self, or Being, that allows us to observe our ego’s in action and make change when we are consciously aware. With increasing self-awareness and the positive change that can follow, we can develop ourselves – from the inside-out – and increase our leadership performance. A key to this development is to increase our understanding of how the ego works, in us and all other human beings.

We all have a basic human instinct to self-protect when confronted with pressure, challenge, or change. This self-protection is part of our ego’s unconscious attempt to avoid accepting failure as a possible outcome. We don’t want to be seen as not good enough, nor abandoned or left out because we don’t make the cut. The trouble is that the survival strategies and self-limiting patterns that arise out of our ego’s unconscious protective mechanism rarely serve us well. And, because they usually exist below-the-surface of our awareness, they control our thoughts, feelings, and behavior. Ultimately, they affect our performance as a leader.

Learning to recognize our self-limiting patterns in our reactions to challenging situations—and how they are toxic to our relationships with others and our own success—is a powerful step in our development as leaders. In this post, we’ll hone in on 3 self-limiting behaviors, what they “look like” in practice, and positive strategies we can consciously apply to break through them. 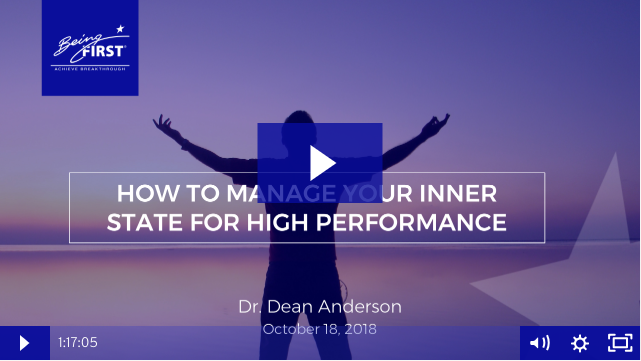 Bracing, holding or fighting against, digging in your heels, being a contrarian.

Resistance is bracing against—either actively or passively—what’s occurring in a situation or in yourself. It’s a tightening, fighting, and pushing against. It manifests in our physical body, too—a clenched jaw, shallow breathing, fast heart rate, or a knotted stomach are often indications that we are “holding on” rather than opening ourselves to whatever is occurring. Resistance is an ego response that occurs automatically and unconsciously to what we don’t like.

Acceptance is turning toward what we don’t like in an open and centered way. It is allowing what is to exist, and then engaging with those circumstances with an open and positive mind.

We are particularly likely to resist change when we feel like it might be a threat to our autonomy, competence, control, or our general comfort of routine and predictability. Resistance is often our attempt to cling onto control and maintain our position as a performance leader. Resistance seldom solves the challenge, though, and usually just ends up making us difficult to work or be with and less creative. Plus, on an internal level, the a pattern of habitual resistance to what we don’t like is exhausting.

If you automatically push back against a co-worker’s ideas, you might at first get that “fix” of personal distinction or ownership that your ego craves. Going against what “the others” say or believe differentiates you—at least superficially. And, on a practical level, disagreeing might postpone a decision on whatever you disagree with. It’s important, though, to recognize the difference between unconscious resistance for resistance’s sake and thoughtful articulation of your ideas or needs.

To accept rather than resist isn’t to concede or submit.  Acceptance is not a sign of weakness, but rather, an act of strength in your performance as a leader. Turning into what you don’t like and facing it with an open mind and heart is the sign of personal power. Resistance is the easy path: it doesn’t require presence, courage, inner strength, or vulnerability. It also seldom leads to an effective solution. Acceptance, on the other hand, requires us to overcome our ego’s fear that is generating our resistance. It requires us to go deeper into our Self, into our own Being to find the inner strength to turn toward what our ego’s want to fight, and open to it and engage with it. It doesn’t mean we are going to let whatever it is dominate or control us, but rather, our acceptance delivers an inner centeredness that allows us to bring all our strength and capability to generate a positive solution.

Having a short fuse, making excuses, jumping to conclusions.

Defensiveness is the front we establish to ward off what makes us feel uncomfortable, vulnerable, or threatened. It’s the emotional armor that provides a sense of protection and inaccessibility.

When we try to protect ourselves suddenly and with a disproportionate amount of passion, we’re often asked, “Why are you being so defensive?” It’s an easy alternative to self-examination, self-reflection, and self-criticism. If we’re always on guard, people can’t touch us. We feel we’re invincible as leaders. For some of us, our tendency toward defensiveness is rooted in a high level of criticism we faced as kids, making it all the more difficult to take a step back and break the habit. Perhaps we’ve been doing it for a long time.

The Alternative: Be Open

Instead of jumping to defend yourself, take the time to consider the intentions of who you’re defending yourself against. Unconsciously assuming they’re intending to attack you is itself a form of defensiveness even if you haven’t responded yet. Be open and authentic. Meet interactions—including criticism—with calm confidence. Be open to the other person’s input. Inquire about what they are saying so you can deepen your understanding. See how a level of vulnerability (but not insecurity) can change the arc of the conversation. Be sure to look inward and reflect on what “ego story” is causing you to defend.  You will improve your leadership performance greatly  by developing your ability to remain centered in the face of your ego’s habitual need to defend.

Pulling away, giving the silent treatment, taking your marbles and going home.

Withdrawing is a physical or mental retreat from a situation you don’t like. It’s how we “deal” by simply not dealing at all. If we get the impression that our ideas may not be well-received—or even worse, if they have already not been well-received—we may close ourselves off to avoid exacerbating the feeling of inadequacy or another instance of misunderstanding.  “Nothing ‘bad’ can happen if I’m not there for it,” we might reason. Introverts can be especially likely to use withdrawal as a method of self-protection to retreat within themselves to find their center again. In those cases, momentary withdrawal can be necessary for the performance of a leader.

Sure, you can’t “say anything stupid” if you actually aren’t saying anything, but you also can never grow or contribute to whatever learning or discussion could ensue if you stayed present and didn’t withdraw. Plus, by withdrawing, you run the risk of having your silence itself be misinterpreted by those around you.

Whether it’s a sensitive subject in your relationship or a daunting project at work, the first step is to engage with what exists even if it feels uncomfortable. (Because one way or another, you will have to confront it.) First, engage with your “interior” by allowing yourself to acknowledge and feel the fear, anger or anxiety that might be arising within you from which your ego wants to withdraw. Notice it. Talk to it. But most importantly, be courageous and actually let yourself feel its sensations in your body. Feeling what “is” in your body is the purest form of acceptance and the avenue to letting it all go. Feeling the feelings begins their release. Not feeling those same feelings keeps them stuck in your mind and body, to be re-activated at a later date. Once you’ve engaged with your interior in this way, you’ll be more centered and present to effectively engage with whatever is occurring in the situation. And from that, only good things will come!

In the early stages of helping our clients achieve their breakthrough goals, we help them identify and transform these and other self-limiting behaviors. As these internal barriers fall away, your inherent skill and capability will shine through. You’ll find yourself performing optimally, or, as we like to say, “achieving your breakthrough!” 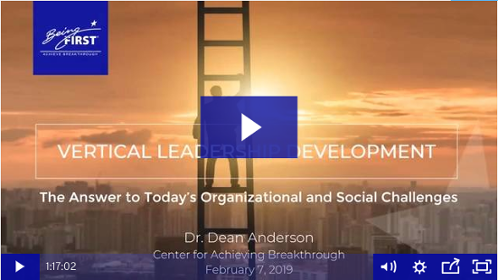 Is Your Organization Suffering from These 6 Symptoms of Poor Change Leadership?

No business leader worth their salt would run their business without a solid business strategy. In...

How to Accurately Determine the Scope of Your Transformational Change

One of the most important variables in leading transformational change initiatives is having an...

How Leadership Styles and Behavior Affects Team Members and Beyond

"It's my personal approach that creates the climate. It's my daily mood that makes the weather."...