Accelerate Your Organizational Change by Building a Critical Mass of Support A powerful way to generate momentum and readiness for organizational transformation is to consciously build a critical mass of support for your new directions. Remember the “snowball effect”? It is a great metaphor for this acceleration strategy. Where we typically focus a lot of energy on overcoming the influence of resistors, a critical mass strategy is a way to create employee engagement and move resistors without a lot of attention. Here’s how:

Steps to Building a Critical Mass of Support for Change

1.     Identify the Supporters of Your Change Initiative

When you are clear on the direction of organizational change you need, and have socialized it with your senior leaders, identify all who already support the idea or have a stake in its success. Identify your most influential “opinion leaders” from the top, and if possible, from all levels of the organization that will be affected by the change. Include in your supporters list the stakeholders and workers with the most enthusiasm and understanding for the changes you seek. These people form your initial snowball of support. Knowing how much positive energy already exists for the change is key to understanding how much more support you must generate to get the ball rolling.

2.    Create Your Supporters as Advocates

Once you have identified your supporters, meet with them in appropriate settings to enroll them in being your advocates. Ask them to take on the task of talking up the change and demonstrating its best features and benefits for the business and for your stakeholders’ personal success. Do not make this a mandate or give them a script. They need to authentically understand and align to the positive outcomes of the change, and be willing to spread their enthusiasm with others.

Next identify your “fence-sitters.” These are the people who take a wait-and-see attitude, or do not have a strong opinion about the change either way. Your fence-sitters represent the potential for more support if you can influence them to see the benefit of the new direction. Focus on them with this outcome in mind, and engage your supporters to extend their positive stance to these people. If possible, determine what is in it for them so they can be turned into additional advocates.

4.     Identify and Work with Resistors

Identify your resistors. In this case, you need only focus on the vocal or most influential resistors, not everyone who has a concern. Your biggest resistors may need to have their influence or exposure neutralized or side-lined. Consider having you and/or your supporters meeting with them to understand their concerns and request their best thinking on how to make the required future state work in ways that they could support.They may have ideas you have not yet considered that could add value to the new directions. If that is true, they will immediately become supporters!

Spend the most energy on the first two groups, but work all three toward creating your critical mass. Think about how to get the majority “in the boat” with you as active advocates for the change to ensure project success. Majority, in this case, is not a known number… it is used to reference the “snowball effect”. How many influential people are required so the change takes on a life of its own to overcome the inertia of resistance?

Strategies for Strengthening Support for Change

It’s one thing for your supporters to think your organizational change is a good thing. It is another for you to give them a voice in what they think will make it wildly successful, and work best for them. Engage your supporters (and your resistors!) in thinking about what they believe needs to change in the organization for your new direction to work. Involve them in generating design requirements or potential solutions and out-of-the-box possibilities. Give them an opportunity to have a say—if not some real influence—on the new future you are asking them to create.

Creating Critical Mass Is a Game of Mindset

Engaging your people in the possibility of creating a better future for their organization will add important weight to the critical mass of support you must have to succeed. This strategy will provide employee empowerment, overcome the inertia of the status quo, and give the change real momentum. Inquire into how your people are thinking; what their mindset is about the new direction, about making change at all, and about their security in your organization. When you show interest in how they think and feel, you automatically move them closer to you and your agenda. Show them that joining in the new direction serves them, the organization, and certainly your leadership.

Stay up to date

Equipping leaders with the ability to solve complex challenges and catalyze transformation in themselves, their organizations, communites and cultures. 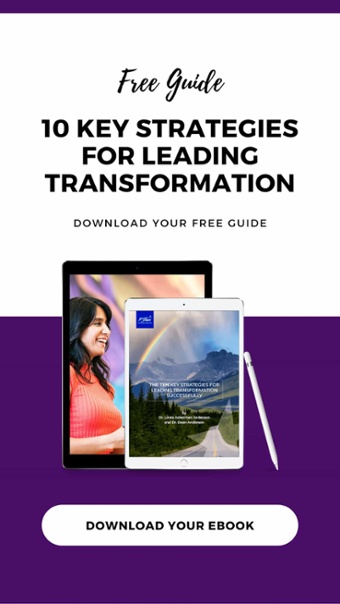