Company culture. Despite what trendy start-ups may boast, it’s not just about cool offices, the ping pong table in the break room, or the kombucha on tap. And it’s not simply installing “casual Friday,” either. Understanding company culture—and ultimately, being able to implement culture change—means getting in touch with and shifting the organization’s interior, its long held beliefs, values, and ways of being. Being a leader of culture change requires navigating the energetic and emotional stuff below the “stuff,” because only then can any changes to the “stuff” actually be sustained.

Understand Human Dynamics: You Have to Swim in the Deep End to Change Culture

If you hope to change the culture of a company, dive into the deep end. You cannot hope to alter an organization’s mindset if you don’t understand your own. Start by developing an understanding of the interior of human beings—their mindset, emotions, and motivations—and how it all works from the inside out. Introspect to become more self-aware as a culture changing leader. Take the time to learn the workings and mechanisms of your own ego, your core beliefs, values, and assumptions that drive behavior patterns. The more you understand yourself, the more you will understand people. While evidence of culture exists in the exterior aspects of an organization, people are the heart of culture.

With knowledge and experience in your own personal development, you can best support others to undergo their own personal change. And culture does not change without people—a critical mass of them—changing. 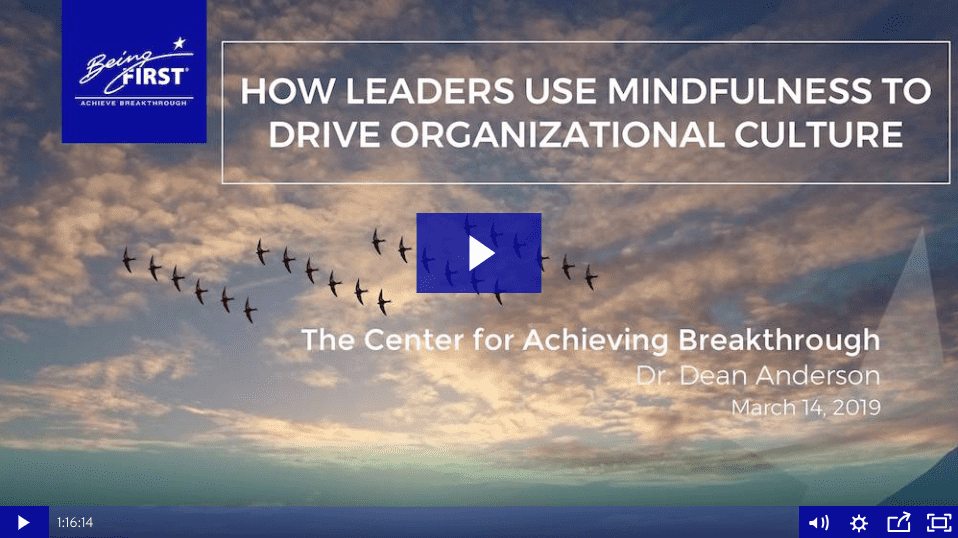 Focus on the People: Being a "People Person" Isn't Optional

Your people have a pulse, and together, they create the pulse of your organization. Still, many leaders tend to see their organizations as machines rather than living, human systems. Remove the people, though, and you won’t be able to get much done.

More than just the heart, people are the soul (quite literally) of any company. Culture change leaders or agents, then, have no choice but to be “people people."

And more than technology, to-do lists, and numbers, culture change leaders must value people, their lives, motivations, fears, and their unique spirit.  We’re not saying that practical, tangible actions aren’t important. They are. But people need to come first. Shifting systems, business process, reporting structures, job descriptions, or hiring practices are the easy parts of culture change. Shifting mindsets and behavior is the challenge. A mechanistic, transactional approach to culture change might seem to work initially, but such a superficial and partial approach isn’t going to result in significant or sustainable change.

See Through a Process Lens: It's All About the "How" for a Culture Change

People are critical, but as a culture change leader, you can’t ignore the change process. Why? Because how you do your change will reflect a certain set of cultural norms, either the old ones or the new ones. If you lead your culture like you’ve run your organization for years, then employees will rightly assume that nothing of substance is really changing. Same old, same old. For successful culture change, your change process must embody your desired culture, not your current culture.

Culture change takes time, and occurs over time—anywhere from 2-7 years depending on the size of your organization and its level of entrenchment in its current way of operating. That’s a lot of opportunity to mess things up by unconsciously leading your culture change in old culture ways. It’ll go a lot faster if, from the beginning, you are diligent in thinking through the early steps of your change process to ensure it looks like your future, not your past.

Everything in an organization both reflects culture and informs culture. Culture is the inner driver of the organization’s outer expression; what it does. Consequently, as a culture change leader, you’ll be changing much about the organization: how decisions are made, how resources are allocated, how teams get formed, how initiatives get funded, how innovation occurs, how customers are served, and more. In culture change, what you do is important, but how you do it is even more important, as the “vibe” and style of the how is the telltale of culture.

In a culture change, every aspect of your organization must be looked at and addressed as potentially requiring a change to support your new culture. Old ways of doing things may not necessarily be “bad,” but they may not be conducive to the overall change in culture, behavior, and mindset you’re trying to realize.

But in deciding what to change, be sure you consciously address how you will change them: who you will engage, in what ways, when, and using which methods. That way, your good ideas about what to change won’t be sabotaged by inadvertently neglecting how the change is designed and executed. 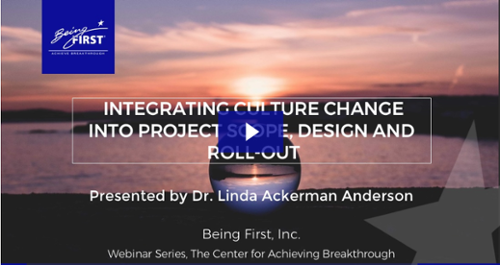 Why Change? Great Change Leadership Starts with Your Case for Change

What is a Case for Change? When you initiate a change in your organization, your stakeholders and...

How to Accurately Determine the Scope of Your Transformational Change

One of the most important variables in leading transformational change initiatives is having an...

The Foundation of Transformational Leadership and Co-Creating is Self Mastery

Great transformational leaders have many skills, traits and characteristics in common: